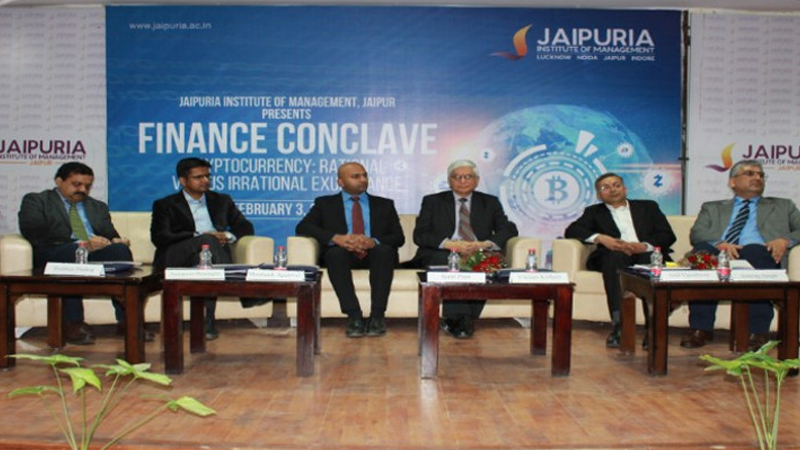 With all the buzz doing rounds in the world of Economics and Banking around Cryptocurrency, Jaipuria Institute of Management, Jaipur had its 8th Finance Conclave on the topic “Cryptocurrency: Rational vs. Irrational Exuberance.” Finance enthusiast PGDM Students flocked to the Conclave for multifaceted reasons- top few being: Crypto has been quite a game-changer for investors since a while; the Conclave had speakers and panelists such as- Mr. Sunil Pant – CEO, Indian Institute of Insolvency Professionals of ICAI; Mr. Anil Upadhyay – Financial Educator & Resource Person, BSE Institute and SEBI; Mr. Shashank Agarwal – Managing Partner, DD Agarwal & Co. Delhi; Mr. Vikram Kothari – NAV Back Office IT Solution Private Ltd.; Mr. Anupam Roongta – Managing Director, Feliz Consultancy.
The Conclave garnered a lot of attention from the academia and industry alike, primarily because of its relevance and context in the current hour. With the Crypto market witnessing some phenomenal highs and falls within days’ notice, the world is going gung-ho on its potential. It is very recently that even Mukesh Ambani’s Jio declared its entrance to the world of Crypto and speculations are growing ever more, across the globe.

Dr. Prabhat Pankaj, Director, Jaipuria Institute of Management, Jaipur introduced the topic to the audience and gave way to Mr. Sunil Pant who presented himself as a “conservative banker.” He explained legal tender and remarked- “Bitcoin is not a currency but a commodity that is tradable in the form of currency as it stores value and it is Crypto because it is virtual and encrypted.” Stating the possibilities, he opined that cryptocurrency needs regulation and will become legal soon.

CA Shashank Agarwal took the audience to the early frame and explained the evolution of money, currency, market, gold valuation, government regulations and thus explained cryptocurrency. Taking the examples of current technology, he explained block chain currency as a bigger part of torrent technology. He explained the concept of block chain where all people verify only one transaction and Bitcoin acts like money. He appreciated cryptocurrency and said, “This enables you to trade globally & invest globally.” 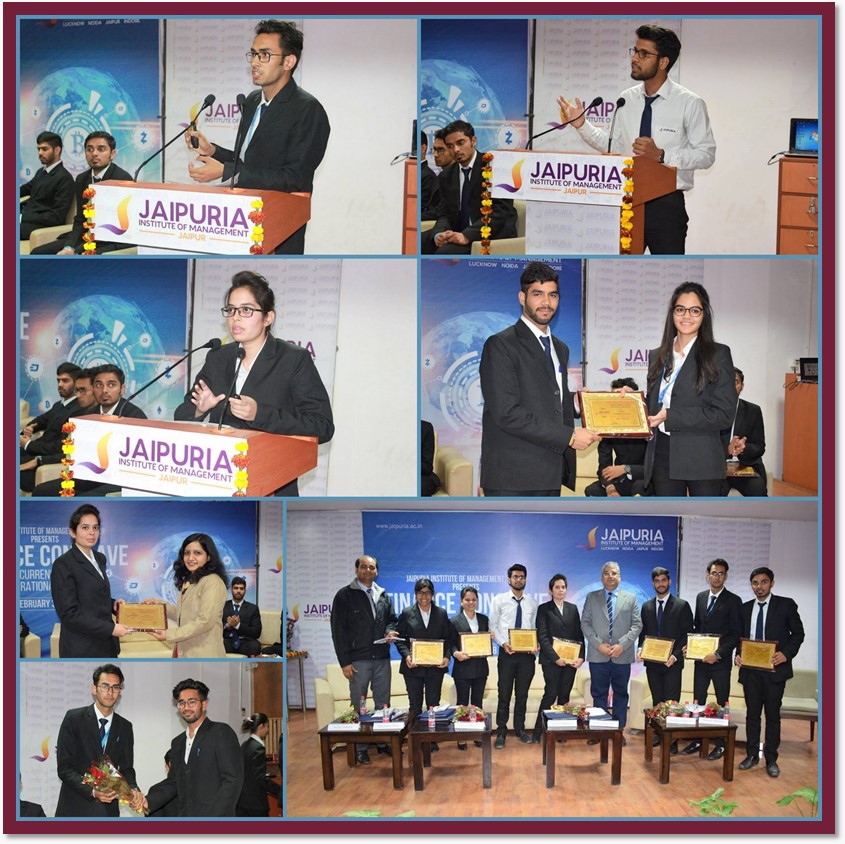 The Finance Conclave hosted by Jaipuria Institute of Management, Jaipur took an even more interesting turn when Vikram Kothari drew the example of PayTM and answered few most frequently asked questions: What is the future of Bitcoin? What if it becomes a currency? What is the difference between virtual money managers like PayTM and Cryptocurrency?

The event came to a successful end with Mr. Anil Upadhyay explaining Bitcoin in terms of – Investment vs. Academic. His speech led way to the second part of the Conclave which had a Plenary Session by the students.