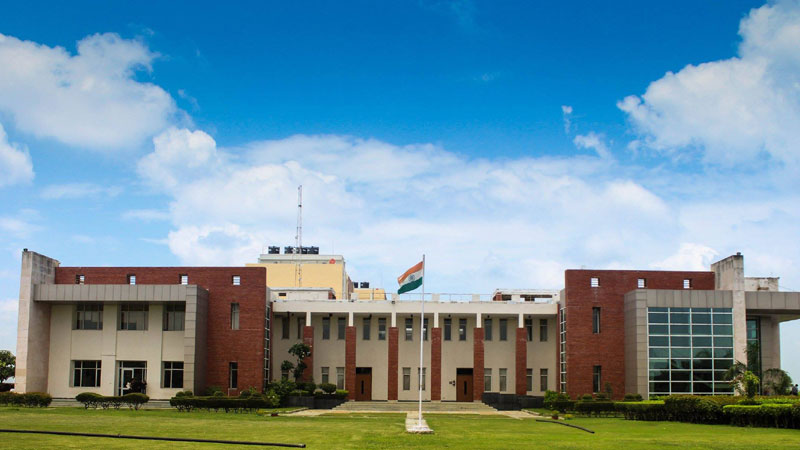 The two-year journey for new management recruits of Jaipuria Institute of Management, Indore began with an action packed Orientation program from 1st of July. Over the course of six days, students were put through a number of activities and had an opportunity to learn from industry experts, which set the tone for what to expect during their PGDM program. Dr. Harshavardhan Halve, Director of the institute had also organized an orientation for parents, who are equal stakeholders in the growth and success of future managers of the B School.

Mr. Soham Shukla, COO – Fincare was the Chief Guest for the inauguration ceremony, which had a traditional touch to it. Dr. Harshavardhan Halve then took to the stage and inspired the students to keep giving their best over the course of two years. He also highlighted the importance of leadership qualities for management aspirants. Mr. Soham Shukla then revealed the dos and don’ts for management students before saying, “The pursuit of excellence is – to be better than being bigger.” Talks by faculty members made students aware of the learning process at the B School and served up a healthy dose of inspiration to start the proceedings.

What made the Orientation Program exciting and engaging was the fact that it involved a number of management games and activities that held students’ interest. For example, the Yoga sessions challenged their bodies and minds to great effect. It was followed by the challenge of Business Orientation Projects, where students were divided into different teams and had to make presentations on given themes. It was the perfect way to get acquainted with the art of presentations, which will be an integral part of their learning process. The activity also had faculty members mentoring teams; another aspect of learning at the institute.

Jaipuria’s Got Talent showcased some of the best talents amongst the fresh recruits, who were then chosen for the final rounds. In a bid to offer students industry exposure right from the onset, the orientation program had Mr. Chetan Bajpai, COO, Sintex Infrastructure and Prefab Ltd sharing his experiences. He reminded the gathering, “Management does not teach you what is right or wrong. It teaches you how to make decisions when resources are scarce. There are three R’s for every work – Requirement, Resource and Risk.” Alum Ms. Ajitha Joshi, Director’s Gold Medal winner Batch 2017 talked about being in their shoes and what to expect in next two years.
Future managers need to be well groomed personalities to make the best impression in the corporate world. The session on grooming and presentation smartly made that point with the students. First formal mentor-mentee interaction was an ice breaking session, which culminated in all the groups taking their first group selfie. Alum Ms. Namita Chaturvedi, Branch Manager, Writers Corporation, Indore and Mr. Alok Mishra, Chief Operating Officer – Polycab Wires Pvt. Ltd. offered new students insights into the industry, talked to them about the role of managers of tomorrow and what’s expected of them as they enter the corporate world.

From 50 rupees game to Martial Arts and interaction with seniors from the B School, the orientation program had a fun and invigorating surprise every step of the way. Sessions with life coach Mr. Achal N Rangaswamy and Mrs. Neha Mulchandani, Counseling Psychologist were interactive and went a long way in preparing students for the change that’s to come into their lives. Meanwhile, the Business Orientation Project Presentation Competition had reached the next step as 17 presentations were chosen for the final round. If they are anything to go by, then the institute definitely has drawn some exciting talent in the batch this year.

In days to come though they will have to ‘Raise the Bar’, which was the theme of the talk by Mr. Mahipal Nair, Chief Human Resource Officer, Neilson – South Asia. He reminded the gathering, “Success is all about Skillset and Mindset, and that’s how one reaches their target. Chasing excellence is important, success will follow.” Amrita Ludhwani, Srishti Soni, Sheersha Bais and Haritima Amravat, already displayed their skillset as they bagged lucrative top three prizes in the Presentation contest. Along with winners of different categories of Jaipuria’s Got Talent, they were presented their awards by Dr. Harshavardhan Halve. The DJ Night was the fitting finale to the Orientation program that paved the way for new friendships and of course, flourishing careers of tomorrow.