On Feb 18th, members of the Connect Club of Jaipuria, Lucknow were part of Manthan, an annual street play festival. The festival is organized by Verve, the street play society of Shaheed Sukhdev College of Business Studies, University of Delhi, and aims to make colleges in the country an important part of the street theatre movement. The festival is held across various cities in the country, and Jaipuria, Lucknow was called on to be a part of it because the city is known for its culture and tradition.

Street plays are a dynamic way of raising awareness on different issues that plague our society. Those taking part in these plays carry a huge responsibility of spreading their message to audiences across the country. And, students of Jaipuria, Lucknow were very successful in having their message heard. The nukkad natak was held at Sahraganj mall in the city between 4 and 6 pm, and the actors brilliantly displayed their talents, resulting in a sincere connection with the audience. 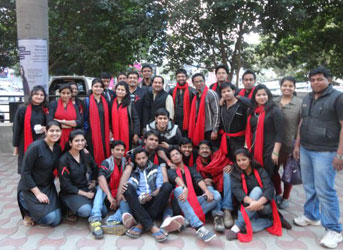 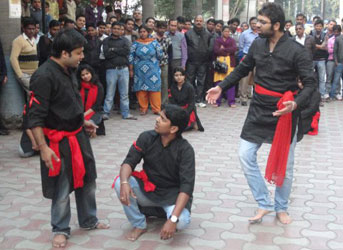 One of the objectives of Manthan is to arouse a sense of responsibility and cognizance about sensitive issues affecting society. It is especially important to spread information about these issues to those who may be unaware of them. And, the theme of this performance was AIDS awareness, which is something that relevancies relevant in today’s society. In spite of many campaigns to raise awareness about AIDS, several misconceptions about the disease remain. And the performance tried to correct these misconceptions through a storytelling format that instantly struck a chord with the audience. 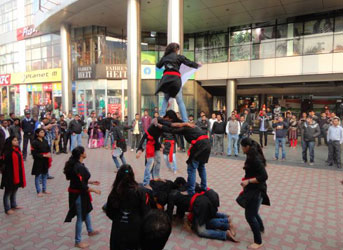 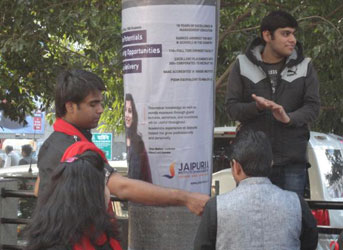 Kunal, an active member of the Connect Club at Jaipuria, Lucknow who was very excited about the experience while being mindful of the responsibility involved. “It was certainly exciting to be a part of the experience and everyone gave it their best shot,” he said. “It was a meaningful initiative where we were trying to raise awareness amongst the audience but eventually we became aware of our own responsibilities towards the society.”

He wasn’t the only one invigorated by the performance as the Social Responsibility Committee of Jaipuria, Lucknow was looking forward to its own nukkad natak to commemorate International Women’s Day. Women are the pillars of our society and yet have to face several issues on a daily basis. There has to be a dialogue about women-related issues and that’s just what this initiative in Hazratgunj, Lucknow aimed to do during its 8th March event. 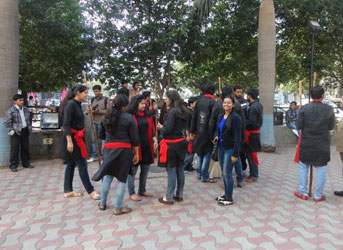 The performance was focussed on several women’s issues like eve teasing, sexual harassment, molestation, child abuse and rape. The idea was to raise awareness about these issues and make people realize the importance of treating women as equal members of society. There can be no social development without women in the country being empowered—that was the message this program conveyed to its audience.

The annual street festival Manthan tries to make individuals aware of the power they possess so that they can raise their voices against injustice and make a difference to the society. The flame was certainly lit amongst students of Jaipuria, Lucknow who were geared up to fuel the process of change.