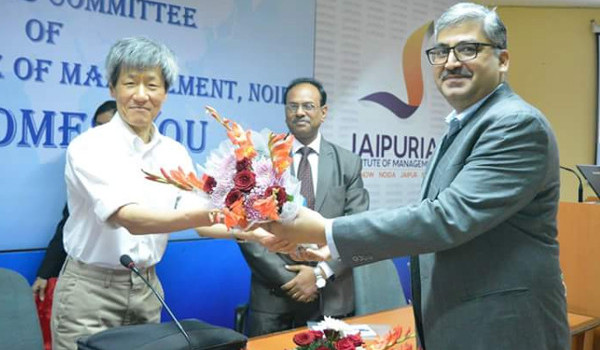 It was a unique opportunity for us as we listened to an engaging talk delivered by Prof. Ken Nishikawa, Professor of Business Management at Konan University, Japan. The session on 3rd December was organized by the International Relations Committee and the seasoned academician made it lively in his inimitable style.

Prof. Nishikawa has 25 years of experience in his teaching career and it reflected in well structured talk he had prepared for us. Dr. Anurag Singh, Committee Chairperson introduced our guest and also talked about Jaipuria, Noida as a tertiary, cross-cultural institute having connections with 13 different universities across the globe. He then described the strong relations India and Japan shared over the years, which was greeted with a huge round of applause.

Prof. Nishikawa used the example of Sharp Corporation to makes his points in the talk titled “Challenge for Organizational Changes in Japan: Through a case study of Sharp Corporation”. It was a poignant case study that offered insights on Japanese Corporate Management. He mentioned how Japanese people adopted an emotional and psychological approach, which was quite interesting to know.

It was a comprehensive talk about the company as Prof Nishikawa told us how Sharp Corporation began with manufacturing cheap radios to calculators. It was then overtaken by Casio, which offered cheaper options. But Sharp fought back and it eventually led to both the companies making profits. There were interesting lessons in the success of the company and its strategies to take on its rivals.

Prof Nishikawa however was quick to remind us that things can go wrong very quickly in business as seen in the example of Sharp Corporation, which has been on the decline. All major banks in Japan hold a stake in the company today. He revealed the company philosophy which was, “Our future is directly linked to the prosperity of our customers, dealers and shareholders, involved in the entire Sharp family.”

But according to Prof Nishikawa, all the management theories that might seem to work at the concept level should be applied after due practice. He added, “Before applying management theories to subordinates and the customers, we should first apply them to ourselves. It’s not theoretical or technical knowledge, but something you can only learn through experience.” And that in itself was an important learning for all of us. 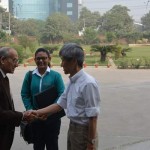 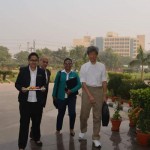 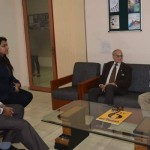 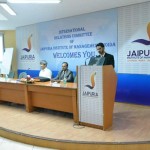 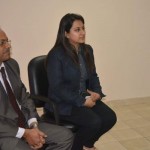 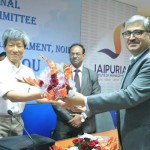 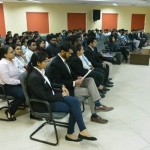 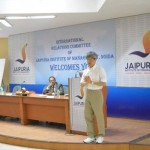 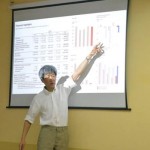 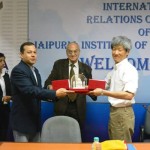 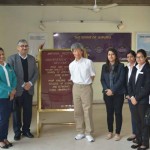