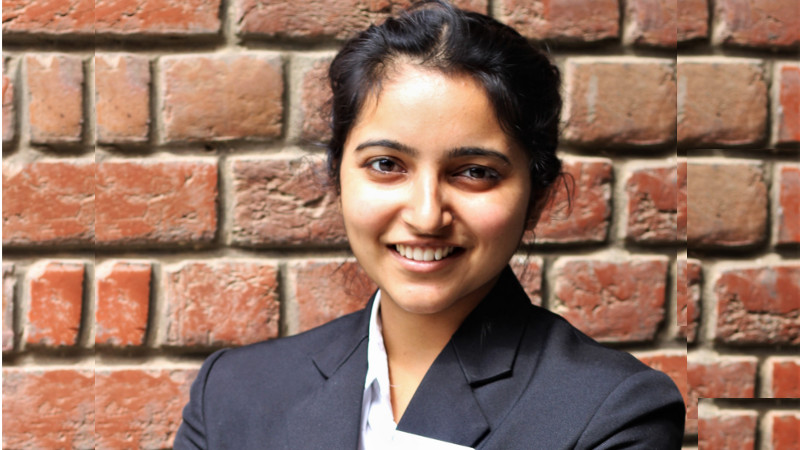 Jaipuria Institute of Management, Jaipur’s Harshita Daga talks about her interview with Naukri.com

A typical placement season at any B-school will have students all around the campus, walking in and out of their classrooms in super-alert and ready-to-go-to-battle mode. However for Harshita Daga of Jaipuria Institute of Management, Jaipur, PGDM Class of 2018, things were slightly different. She knew she had to keep calm and stay optimistic, no matter what. Eventually, things did work out in her favor!

Harshita has already started her professional journey with Naukri.com and it has been 26 days for her at the Jaipur office.

“I had to go through six rounds prior to be absorbed by the company,” says Harshita with a smile on her face. It started with a group discussion followed by interview rounds with different levels in the hierarchy. She was interviewed by the Area Sales Manager (Rajasthan), Executive VP-Sales as well as the Chief Sales Officer of Naukri.com, till her offer letter arrived in her mailbox. However what held Harshita in amazing stead was her summer internship experience with Jaro Education. “I knew summers for PGDM grads are important but didn’t know it could be so decisive for final placements,” mentions Harshita.

With the 60 days stint at Jaro Education during her PGDM, she had gathered fair deal on Customer Acquisition already. At every round of her interview with Naukri.com, she was asked to explain about her summer project and she knew the answer to it could be a deal maker or a breaker. “No matter how hard one has worked on their SIP, what is explained in that one final shot is what actually counts,” says Harshita while elaborating on what it took for her to make it to one of India’s leading recruitment portal- Naukri.com.

So what was the first thing Harshita remembers doing, when she received the news of her employment with Naukri? “I called my parents immediately. They were thrilled,” exclaims Harshita with twinkling eyes.

However, everything wasn’t golden for the Jaipur girl. With her Undergraduate marks slightly lesser than her true potential, she was initially not making it to the cut when first few top companies started arriving at the Jaipuria Institute of Management campus. “That was the time I could feel hitting rock bottom. I was scared, nervous and apprehensive, but Jaipuria in the last two years had taught me to keep my chin up, no matter what,” says Harshita while illustrating how placement seasons can often become a stressful time period for B-school grads.