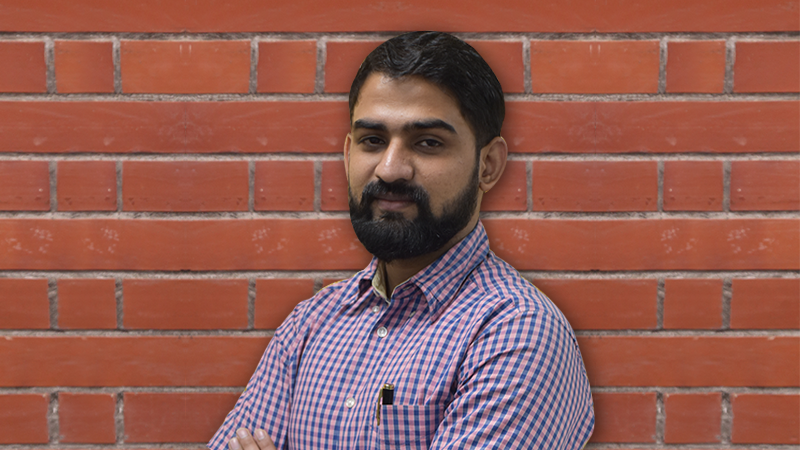 Gunning for one of the highest paid profiles for final placements, Akshay Kumar Singh of Jaipuria Institute of Management, Lucknow was crystal clear about his agenda at the B-school right from the outset. “I was eyeing on few highest package offering companies since 1st year and Byju’s was on the top of my list as I am very inclined towards education sector,” says the Varanasi boy as he started his career with Byju’s from Jan 14, 2019. However, how did Akshay make it to the organization, which had 300+ applicants applying for a single vacancy in the office of the Business Development Associate? Read on:

Interviewer: What was one of the trickiest questions you were asked in your final placement interview?
Akshay: I was given a case-based question, where I was asked to sell Byju’s product to a customer who has refused to purchase the product straight away. That was tricky indeed!

Interviewer: Now that you think of the selection process- what do you think you said or did differently which had Byju’s choose you?
Akshay: I feel that my maturity and my confidence saw me through. I kept my calm and honesty while answering the case-based questions that were coming to me one after the other from across the table. The questions did not only test my domain expertise but also my patience, grit and determination.

Interviewer: Do you think your summer internship project came to use during the Byju’s interview process?
Akshay: I did my SIP with Medicus. It was related to getting more and more downloads for their mobile app. The experiences of analyzing app performance, getting downloads, getting app feedback through rigorous models of digital marketing served as key conversation topics during my interview with Byju’s.

Interviewer: Of all the professionals you met in last 2 years during industry interactions, networking, conclaves, etc. at Jaipuria Institute of Management, Lucknow, who is that one person who touched your life deeply and you want to emulate his/her professionalism throughout? Why?

Akshay: This is definitely Mr. Amit Singh. He is the Founder of ETL Labs and is an IIM-A Alumni. He was judging one of the business plan competitions on Jaipuria, Lucknow and invited me to meet him at his office. The man is a charmer! His philosophies about life and career had me amazed. His jovial attitude alongside his knowledge about the industry in general is absolutely noteworthy. It is always inspiring to hear him talk. I have reached out to him on various occasions for his mentorship and guidance ever since I met him and he has been there, steadily!

Interviewer: One PGDM concept or lesson that you picked from these last 2 years that you think you could not have learnt otherwise?
Akshay: The course Private Equity & Joint Venture made me understand various aspects of finances involved while laying the foundation of any business.

Interviewer: How do you think your teachers at Jaipuria might remember or describe you?
Akshay: A very mature, sincere, focused and determined person.

Interviewer: How do you think you made the most of the 2 years you spent at the B-school pursuing your PGDM?
Akshay: I ensured I do not waste my time at the school. I consciously made decisions to stay busy and work hard to maximize the potential of my PGDM. I was actively associated with the Centre for Entrepreneurship and took part in various B-plan competitions. Some of my achievements in Last 2 years would include: