If you think positively, sound becomes music, movement becomes dance, smile becomes laughter, mind becomes meditation and life becomes a celebration. That seemed to be the essence of Abhyudaya 2016, the annual college fest of Jaipuria Institute of Management, Jaipur held on 18th and 19th November. The two-days’ display of talents, student camaraderie and vibe through numerous cultural and curricular activities thus became a celebration in its true spirit. 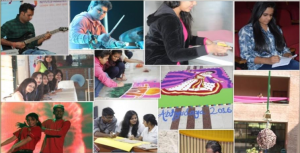 Abhyudaya is a lot more than a college fest; it has turned into a brand that students from all over the country look forward to. This year more than 600 students from over 60 colleges made their presence felt at the event. They participated in more than 20 activities giving them their best shot as they competed with their contemporaries for top prizes. But at the same time the emotion of togetherness and friendship wasn’t lost amongst the young and enthusiastic minds.

After all, “Unveil The Zest Of Youth” was the theme for Abhyudaya 2016 and it was celebrated with the same spirit from word go. Dr. Prabhat Pankaj, Director – Jaipuria, Jaipur, Dr. Harsh Vardhan Halve, Director – Jaipuria, Indore, Dr. Anurag Singh, Dean Academics, Dr. Lokesh Vijayvargy, Dean Student Affair, Dr. Bhupendra Hada and Dr. S.K Pandey were the luminaries present for the inauguration of the event.

From management games and competitions to cultural activities, participants immersed themselves in various events lined up during the festival. Ad Mad Show, Rangoli, Face Painting, Poetry, Solo Singing, Band War, Group Dance and Duet Dance were some of the popular activities that brought out students’ competitive spirit and talent in good measure. The Fashion Show was the highlight of the proceedings on Day 1.

B Plan competition, Nukkad Natak, Cookery show, Brand dumb charades, Beta, Solo dance kept up the tempo on Day 2. A lively and engaging debate on the topic “Is Indian youth confused or confident” put forth interesting perspectives that gave one a peak into the minds of the younger generation. War of Bands had the audiences singing their tunes. The home team had a lot to cheer about including the much anticipated top prize for the Fashion Show. 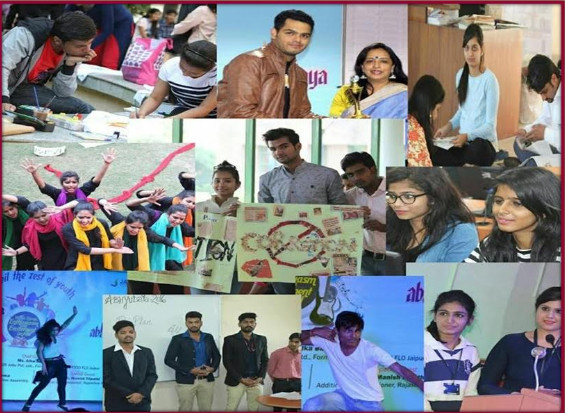 To top it all, a number of colleges from all over India participated in this much popular Management fest. Winners were felicitated in the valedictory ceremony. Some of the winners of major games are Maharani College. They lifted the prize for the Nukkad Natak. Banasthali College was the winner of Business Plan where as Dr. B. Lal Institute of Biotechnology lifted the trophy for the Debate Competition. Rajasthan Technical University was the champion of the Band War for their scintillating performance.