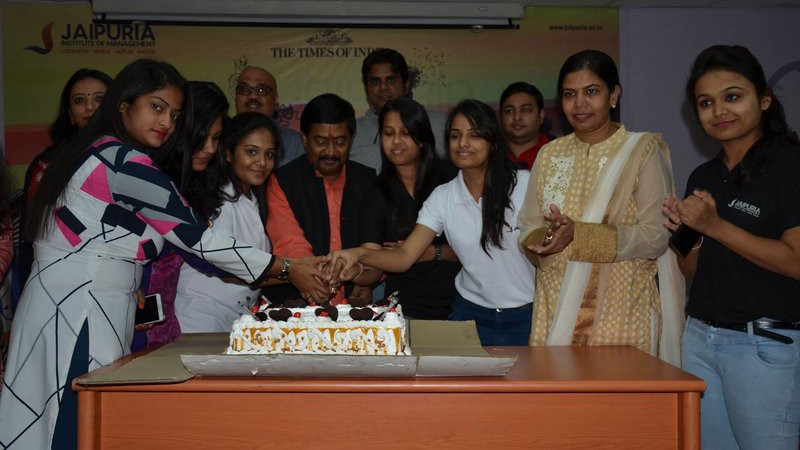 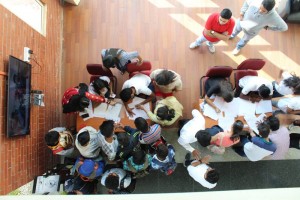 Jaipuria Institute of Management, Indore’s Jai Utsav was extraordinarily amazing! The two days’ festival held on 16th and 17th November brought together more than 340 students from different colleges as they competed for top honours back to back 48 hours. From trying to put up the best stall to standing on toes and thinking loud, from bowling the best ball to using marketing tricks to sell a product, food, music, dance, painting, chit-chat and networking- the spirit of Jai Utsav was of another league altogether.

The event has grown in stature over the years and today is hosted in association with The Times of India. Event sponsors were big names like Shoppers Stop, Porwal Dresses as Fashion Partners and 93.5 RED FM as Media Partners.

Jai Utsav 2016 focussed on the theme Be Unstoppable and it was reflected in different activities and competitions lined up for the event. Chehre-Pe-Chehra (Face Painting), Kalakaari (Graffiti/T-Shirt Painting), Abhivyakti (Mime Show), Rangmanch (Skit/Nukkad Natak), Bech Ke Dikha (Sell a Product), Dhoondo To Jaanein (Treasure Hunt) were some of the popular competitions that participants participated in numbers. 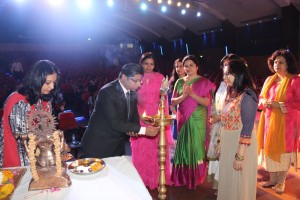 Mr. Deepak Joshi, Honourable Minister of State, Department of Technical Education and Skill Development started the proceedings with his inspiring talk. Dr. Harshvardhan Halve, Director of the institute welcomed all participants and declared the event open. It was the moment all the participants were waiting for and the atmosphere was electric as students strived to give their best to all competitions. 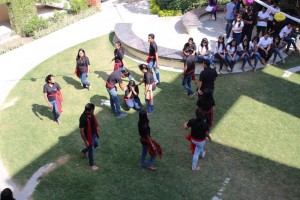 Face and T-shirt painting events started the event on a colourful note. The Nukkad Natak was a revelation and highly experienced jury of Prof. Rajan Deshmukh and Mr. Anirudh Kirkire had their task cut out. The home team had a lot to cheer about as it won the keenly contested Treasure Hunt event that had 16 teams participating in all. With the big boost of energy the activities moved on to the sporting field where the competition only got tougher.

Meanwhile, Mohd. Suhail with Mohd. Muzalud from Arihant College and Sakshi Sharma with Nidhi Tripathi from Core Business School were lifting the trphy for Face Painting competition. The Jaipuria Indore team won the Tressure Hunt whereas the LNCT Team became the runner-ups.

16 teams participated in Gully Cricket and Volleyball competitions that were a test of students’ agility and stamina. Ayush Saxena and Gaurav Ranawat of Jaipuria, Indore took the top two spots in table tennis. Another home talent Khushal Solanki won the Chess Competition that was a battle of wits for all participants. An interesting mix of cyber games further added to the fun of the proceedings on the sporting field.

Participants had a big platform to showcase their singing talent in solo and duet competitions that were held in Rabindra Natya Grah. Students from Jaipuria, Indore put on a soulful performance on the event theme ‘Be Unstoppable’ that struck an emotional chord with all. The dancing competitions raised the tempo and got the audiences in best spirits. The competition was intense but the mood at the venue stayed light and friendly. 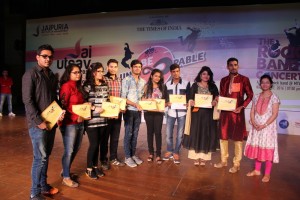 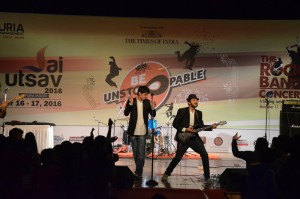 The glamour quotient was raised during the Fashion event where participants sizzled on the ramp. After all, titles like Mr. Handsome, Mr. Personality, Ms. and Mr. Best Walk, Ms. and Mr. Best Attire, were at stake. The gathering then literally rocked as bands from different colleges battled for top prizes. Popular rock band Antariksh ended the proceedings on a high note and drew curtains on the two-day event that was conducted in right spirit of competitiveness and camaraderie.