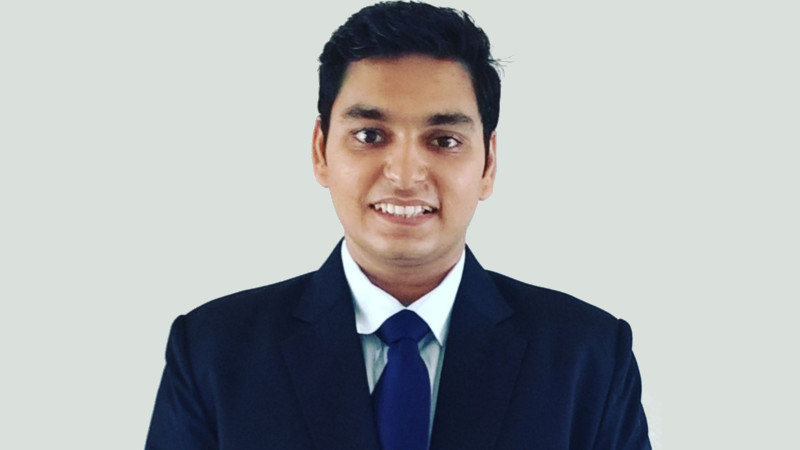 Ashish was sure he would make it to Emami. There was absolutely no speck of doubt in his heart. While he stood outside the Personal Interview room waiting for his turn with the senior professionals of the company, all he could think was “I have cracked it already,” and he was not even done with the final round. Such is the power of confidence and why wouldn’t he be! “After the kind of training we are exposed to at Jaipuria Institute of Management, Indore, we learn to withstand stress and steam- no matter the situation,” says the PGDM student of Class 2018 of the B-school.

Ashish arrived at the Jaipuria, Indore campus in the year 2016 with hopes of a promising future. When Emami happened to him, the Jaipur boy was happy beyond words. However, now that he looks back, “it wasn’t all a cake walk.” In fact, to make it to the Indian conglomerate headquartered in Kolkata, Ashish had to face his shares of hardship. After his rejection from TATA Motors Finance, he was taken aback. He had prepared for everything but hadn’t quite imagined the initial hiccups that life could offer. “I was taken aback when I couldn’t make through the GD of TATA Motors Finance. I was prepared every bit, however, I kept my focus right,” and eventually, Emami happened.

Ashish had to clear two critical rounds with Emami. The first was his favorite- Group Discussion round. “It was meant to analyse our Psychometrics and the Personal Interview followed. The PI tested our situational and technical knowledge,” and once he received the news of his placements in Emami’s Sales and Distribution team, he couldn’t thank his two years old decision of doing a MBA enough. “I saw my PGDM help me evolve as a more confident and outgoing human being. In fact, my summer internship with Pladis Global acted as a cherry on the icing,” explains Ashish.

He spent 75 days of his summer in the year 2017 at the leading biscuit, chocolate, confectionary company- Pladis. Immersed in a global professional set up, sales and logistics, Ashish gained a lot of insiders’ views on how to unfurl and project products to a broader target audience in the market- for real. He worked closely, day in and out with senior professionals of Pladis and gathered knowledge where he could see classroom PGDM theories, getting practiced to help brands connect to a wider set of audience. “The HR of Emami took a lot of interest in my internship and asked me series of questions around it,” says Ashish while explaining the importance of professional summer stints. “I was selling Pladis’ products in 47 degrees Celsius- under the scorching sun of Rajasthan”- needless to say, experiences such as these can’t (or, let’s say- don’t) go to waste, ever.

Ashish is now all set to join Emami- the 25,000+ employees’ company; the pioneer of the beauty and fairness cream industry of India.