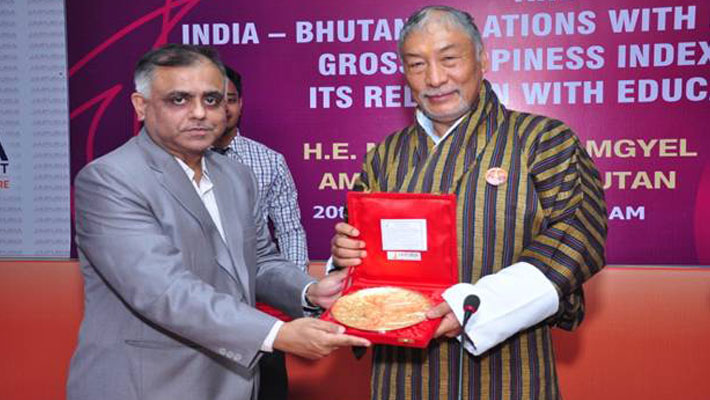 Aug 20, 2015: It was a special moment for students of Jaipuria, Noida as their institute invited H.E. Major General V. Namgyel, Ambassador of Bhutan to India, to come and interact with students and faculty.

Bhutan, known for following the Gross Happiness Index as a substitute to Gross Domestic Products, is a subject of study for a lot of policy makers, as it is taking a different approach to measure the well-being of its citizens. The concept looks at non-economic measures for the overall happiness of the nation and its citizens.

So, aptly, the special guest delivered a talk on “Political Changes in Bhutan and Indo-Bhutan Relations with Reference to Gross Happiness Index & its relation with Education”.

He started by talking about the strategic geographical position of Bhutan as it is bordered by China to the North and India to the West. He also shed light on the social and political fabric of the country and its transition from an absolute monarchy to a constitutional monarchy. Elaborating on the much talked about GNH, he said, “Gross National Happiness (GNH) was coined as a signal of commitment to building an economy that would serve Bhutan’s culture based on spiritual values and its four development pillars.”

The Ambassador also reminded the audience of the long standing relationship the two countries shared, beginning with Prime Minister Pt. Jawahar Lal Nehru and continuing to Mr. Narendra Modi. According to Gen. Namgyel, Mr. Modi’s visit focussed on the regular high-level exchanges, which were required to nurture the bilateral relations and economic cooperation between the two countries. He then graciously invited the participants to his country. He was also appreciative of Director, Dr. Rajiv Thakur’s proposal of educational exchanges, which he believed were imperative for the bilateral bond.

Thus, the highly engaging session came to an end, but not before the Ambassador had answered all the queries the participants had for him. The event concluded with High Tea as the students had an opportunity to mingle with the esteemed guests. It turned out to be an eye opening session as Pratishtha Singh, student of batch 2015-17 put it, “There is so little we know about our neighbouring countries. It’s fascinating that Bhutan measures prosperity in terms of gross national happiness (GNH) and the spiritual, physical, social and environmental health of its citizens.” And that was just one of the revelations of the day for the students. 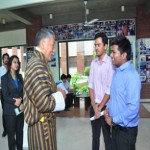 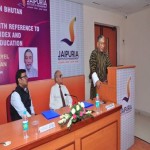 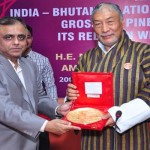