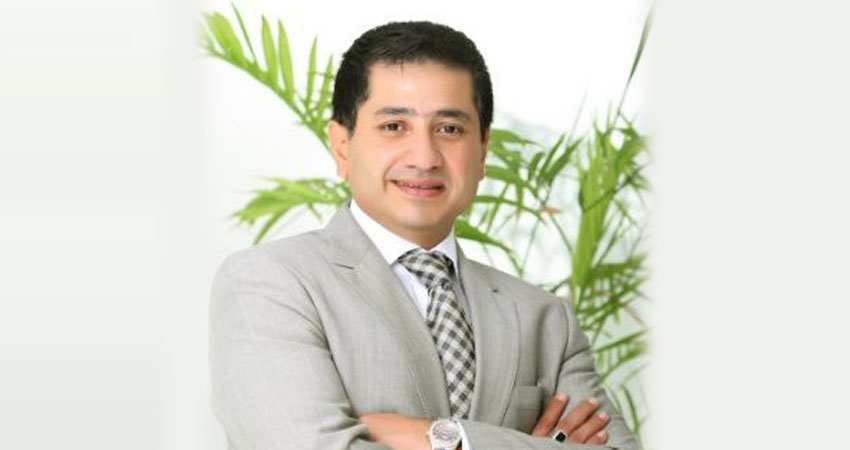 Jaipuria Institute of Management, Lucknow was recently a proud host to one of its most successful alumni – Mr. Anand Kapoor, Founder & Group Vice-Chairman, MiDCOM Group is the leading telecommunication distributor in Middle-East & Africa and a prominent distributor of consumer electronics in West Africa.

Anand was named as one of the top 100 Indian leaders in UAE by Forbes Middle East in 2013 and 2014. He has earned a lot of respect for himself in the professional world owing to his amazing story of making, losing and then regaining his wealth all in a short span of thirty months. Maverick, a man of exemplary courage and an innovator, those are few adjectives used to describe Anand by his peer group. He is not only a successful entrepreneur but also an investor and philanthropist. On his homecoming, MRC grabbed the opportunity to interview him and capture his amazing journey of innovation, perseverance, and strength that has brought him immense success in the world of business.

MRC: How does it feel to be back to your alma mater and being felicitated for your success?

Mr Anand Kapoor: It’s a great feeling! It’s a feeling of pride. It’s one of the most precious moments of my life. I think it is every business student’s dream to be recognized by the institute that made our foundations. It’s also a time for nostalgia. We were the first batch of our institute. I have so many memories and they are all rushing back today.

MRC: Tell us about your journey at Jaipuria?

Mr Anand Kapoor: I have a lot to thank Jaipuria for, the foremost being grooming my personality. I also believe that the diversity that the institute offers creates an environment that encourages development. I was fortunate to be the head of the class. So managing the environment, the team was the first learning, the beginning because there were diverse people with diverse interests, diverse opinions.

MRC: What are your suggestions about the curriculum at Jaipuria?

Mr Anand Kapoor: The academic content is being transformed keeping up with the change in the environment we’re working in. For example we can see the evolution of online world, e-commerce and the social behaviour of consumers in the last 5 years. Digitalization is the trend so businesses have to decide and converse with people in a very different way. I believe the marketing, financial and consumer behaviour – all environments around us are changing. Decision makers are looking at how fast these changes can be implemented.

MRC: You’ve created a huge conglomerate from bits and pieces. What motivated you and what were the challenges?

Mr Anand Kapoor: From the day I began the business and until now, I personally believe the challenges were not problems they were a part of life. The way you live the day, those are not problems – this is the nature of the life that you’ve chosen. And what kept me alive for the last 20 years is the fact that I never chased money. So I was never short of money because I never lost something that I was anyway not chasing!

However, time and again we were into deep financial troubles and I was thankful that Aakash, Jaipuria alumni also Group Manager at MiDCOM was always besides me. During this journey we saw many downturns but we never lost money because we were not chasing it. We were very positive and it has come back. All opportunities were created out of the crisis that we faced. First time, the bank that I used to work, closed down with all my money inside it. I tried to bid for that bank, to take the bank forward at the age of 25. So with every crisis, we tried to create an opportunity but we were never chasing money.

We wanted an organisation that would eventually become an organisation of people, which will add a lot of value to the employees and the society so that you can cherish at the end of your journey whenever you leave this world.

Mr Anand Kapoor: I remember our Faculty Mr.Goswami. His was the first presentation of Jaipuria’s I gave. I had the courage to stand up and face the grilling he did! I was stressed for 30 to 40 minutes. He ensured that he pushed me to the corner. I used to believe that I was the smartest person but here I was facing so many questions I had no idea how to answer! That humbled me and that is when I learnt the diversity of business. I think he played a vital role in my life and growth as a professional.

MRC: What is your message to management aspirants applying for PGDM at Jaipuria ?

Mr Anand Kapoor: Be as crazy as I was. And dream as wild as you can. Put those dreams into a plan, execute that plan with a process and with perseverance to see the results.