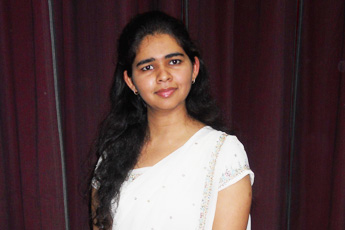 For most of us, ‘Leadership’ is a long trudge through life, a code that needs to be cracked… the final destination that is achieved in pursuit of excellence. For most of us, ‘Leadership’ is equated by the greyness in our hair, and often confused with experience. Not for Defni Prasad. Defni is one of those gifted few, who are recognized straightaway as born leaders. They ascend to prominence without breaking a sweat, on the basis of their natural charm, a flair for communication and the ability to work smart.

“Deciding to commit to an MBA degree meant choosing a career in management. But once that was done, Jaipuria Institute of Management Lucknow was my first choice. It was infact, the first institute where I had given an interview and luckily, I cracked it! I had heard a lot about Jaipuria Lucknow. But my brother’s friend, an alumnus of Jaipuria Lucknow, opined that Jaipuria Lucknow would be just the place for me as it laid stress on good grooming and gave its students ample opportunities to showcase their talent.”

Defni is the class representative of her batch at Jaipuria Lucknow. While this would be considered an accomplishment by the parents of most of the students in Jaipuria Lucknow, people who know Defni Prasad think it is quite natural for her. For this girl from Jhansi, academics and extra-curricular activities have always walked hand-in-hand. Right from her school days, Defni had excelled in competitions ranging from one-act plays and singing to debates, elocutions and seminars. Not only was Dephni the College Captain, but shehad graduated with the second highest grade in her college – over 70%.

“Organising events in  school or college was small-scalework; doing the same in Jaipuria Lucknow is a different ball-game altogether. It brought out from within me the best management skills – those that I never knew I possessed. Most of the events in Jaipuria Lucknow are student-driven, right down to bringing in the sponsorship. The thrill of ‘fixing a deal’, the taste of the real business world, the tactics and strategy required to ensure a ‘buy-in’, all happens because Jaipuria Lucknow trusts its students and its pedagogical philosophy.”

Apart from being a part of the sponsorship team, faculty members have elected her to the student affairs committee, which manages all the events within the Jaipuria Lucknow campus. Having tasted action, Defni now wants more of it! She is targeting a Marketing profile with a major corporate house, and after 5 years of having learnt the ropes, she intends starting her own venture.

“One day I’m a volunteer, helping organise Jaipuria Lucknow’s flagship event – the Independence, Integration and Co-creation (IIC) conference, and the very next day I’m with the Udaan team, teaching underprivileged children. That is the beauty of Jaipuria Lucknow; it can be so uniquely across-the-spectrum.”