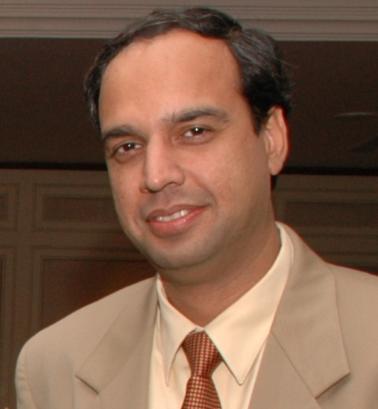 Without actually meaning to, Anshumal Dikshit has made it his business to challenge the norms of the times he lives in. A die-hard lakhnavi, instead of heading out for a top-notch B-school outside, Anshumal stuck around in Lucknow, choosing to be a part of the first batch of an unheard of Management Institute. 17 years down the line, that B-school – Jaipuria Institute of Management, Lucknow – has grown to become one of the best B-schools in North India, and Anshumal Dikshit, Head of Human Resources, iGate Patni, is one of the shakers-and-movers of the Indian IT Industry.

After having majored in Psychology from St Francis College, and then earning his Masters in Public Administration from Lucknow University, Anshumal, chose to specialise in HR from Jaipuria, Lucknow.

“In those days, HR was seen in isolation from the main line of business. It was looked upon as a soft area as opposed to Finance, Operations or Marketing. Infact, I was the only male in HR stream, of my batch in Jaipuria Lucknow. With time though, the demands in an organisation from its HR department has grown manifold, and today, HR is perceived as a business partner, and is pretty much gender agnostic.”

Today, brand-Jaipuria, Lucknow pulls the biggest of recruiters; but back in 1996, you could not be sure. So it was quite a surprise when Anshuman actually ended up with three offers, through the campus placement of Jaipuria Lucknow. Yet again, he opted for the path less trodden.

“Of the three offers, Sona Koyo – which was not as big then – was not my top-priority.  But after a detailed discussion with faculty members of Jaipuria, Lucknow I chose the Assistant Manager’s profile offered to me by Sona Koyo. The logic was that, a compact organisation on the growth path would be a better option as compared to a larger organisation where you are more likely to get lost.”

It is generally perceived that as a HR practitioner, you’ll do well to catch hold of a fast growing industry, start building on your contacts, and every couple of years keep hopping jobs – with hikes in salary and designation – within your chosen industry.

“Out of choice, I have worked across various industries. I started out with Manufacturing; managing labour work-force and getting an idea of industrial relations. Learning about personnel and HR in a factory environment gives you a distinct edge. It is a practical experience, which cannot be learnt later on, as your career progresses. Over the years I managed HR in banking, with the Citigroup;in hospitality as AVP, HR with the Oberoi group; and in the Media, with Business Standard. Media particularly was a very difficult job; managing journalists especially. But the learning was immense. The aim was of managing people across different industries, with organisations that are in the growth phase. As AVP, Corporate Learning and Development at the Oberoi Group. I was able to implement some good organisational initiatives for the group, before I really ventured out into IT county.”

Over the years, Anshumal has been a great asset in building brand-Jaipuria Lucknow.

“Thanks to the regular alumni meets, facebook and linkedIn, a lot of us are in constant touch. While it’s always nice to go back to Jaipuria, Lucknow, I do miss the small tea-stall which was there within the institute during our times. It has now been converted into a bigger and better canteen.”